Winners will be announced on the 2nd October 2020 at the online Gala Awards virtual event from 7.30pm - 9.00pm and we will send out the registration link prior to the night.

We have a fabulous line up with Guest Judges such as Cameron Woo, Paul Tange, Lea Aziz, Russel Wong, and Tyler Wisler. There will be special guest interviews with the ID of the Year 2020 Nominees such as Andre Fu, Anouska Hempel, Bill Bensley, Jean Michel Gathy, Joyce Wang, LTW Designworks, Tony Chi and Yabu Pushelberg. Plus we will also be announcing the winner of the title ID of the Year 2020.

Update 14 July 2020: Due to the COVID-19 Singapore Government Measures and with Phase 3 yet to be announced, IDCS has to revise our planning for the upcoming Awards Gala Dinner scheduled on 2 Oct 2020 to become a virtual online event.

Update 27 March 2020: Due to COVID-19 and the recent government containment measures that no large events are to be held till 30 June 2020, we are rescheduling our Awards Gala Dinner to Fri 2 October 2020. As a result, we are extending the Award submission date from 15 May 2020 to 31 July 2020. For the many whom have submitted their early bird entries we will providing complimentary PR for your submitted entries on IDCS’ social media handles to thank you for your trust and support. We will be contacting you individually to co-ordinate this.

The 7th edition of the Interior Designers Confederation Singapore’s (IDCS) Design Excellence Awards 2020 (DEA) is one of the region’s most anticipated interior design competitions.

The DEA sets to recognise the best of commercial, residential, hospitality and public design in Singapore and Asia Pacific, endorsing, celebrating and recognising the achievements of practitioners and students alike. This year we introduce the ‘Designers’ Choice’ category, where the Jury and the Public vote for the Interior Designer of the Year, replacing the Designer of the Year category. There are cash prizes, media promotions, keynote speaking engagements to be won.

This year, for the Design Excellence Awards, IDCS President Mr Cameron Woo would like to encourage practitioners and students to submit interior design projects that reflect ‘Conscious Connections to our Community’ that give us a moments pause and provide visual delight in our hectic, busy lives.

IDCS launches DEA 2020 with 23 Award categories and the NEW Designers’ Choice category. IDCS Council has nominated a shortlist of eight leading Interior Designers practitioners/firms that have a body of acclaimed interior design projects in Asia Pacific that meet the hallmarks of international design excellence recognised by their industry peers in the region. This shortlist nomination will be open to public voting by interior design professionals whom will select the “INTERIOR DESIGNER OF THE YEAR 2020”, one of the highest accolades to be bestowed in the interior design industry.

These Awards are considered a seal of excellence and proof of outstanding achievements in the design field, acknowledged by a professional jury panel. Benefits for the DEA 2020 participants include:

Total of 23 main categories including sub-categories:

*With sub categories defined by size or type of project.

IDCS is delighted to announce the 8 nominees for the Design Excellence Awards 2020 category: Interior Designer of the Year 2020 – Designers’ Choice. The nominees have been shortlisted by IDCS Council for their world acclaimed, award winning interior projects both in Asia and abroad.

Please click on the link below to register to vote and to cast your three (3) votes for the three interior designers you deem most deserving of the title “Interior Designer of the Year 2020 – Designer’s Choice”. Only one vote per nominee is allowed. The nominee with the highest votes will be crowned the winner and announced at the Awards Gala Dinner evening on Friday 2 October 2020 at the Shangri-la Hotel.

IDCS has invited a prestigious Jury Panel to judge the DEA 2020 entry submissions:

Current President of IDCS and Principal of Cameron Woo Design

Cameron has been invited to speak at international interior design conferences such as 100% Design, China International Interior Design Cultural Festival, One to One with World Class Designers and the Housing Industry Association.

CWD has collaborated with brands such as Dulux, Louis Vuitton and Philips Lighting. Cameron is a panellist on Akzonobel’s Colour Futures and has regularly appeared as a guest judge and mentor on the hit international interior design reality television show The Apartment TV.

Paul Noritaka Tange attended Le Rosey, in Rolle, Switzerland and received both his AB (1981) and Master of Architecture (1985) from Harvard University. Immediately after graduation, he began his architectural career with Kenzo Tange Associates, the architectural firm headed by his father, well- known international architect, Kenzo Tange.

Russel Wong is one of the most profiled photographers in Singapore and Asia. Described as a ‘celebrity photographer who also photographs celebrities’, Wong enjoys the acclaim of being the first Singaporean to break into the notoriously difficult Hollywood movie industry.

He is also one of an elite group of photographers assigned to photograph covers for Time magazine, 17 to date. He has also worked with Oscar winning directors like Ang Lee, and Zhang Yimou and have created images for their posters and publicity on movies like the Oscar winning Crouching Tiger, Hidden Dragon, Hero and House Of Flying Daggers and Golden Lion winner in Venice Lust Caution.

Popularly noted for his photographs of celebrities like Richard Gere, Jackie Chan, Michelle Yeoh, Zhang Ziyi, Isabella Rossellini and even President Obama. His limited edition prints have also been sold at the prestigious Christie’s auction house. Russel also had a cameo in the box office hit Crazy Rich Asians and played himself!

Lea Aziz is a well-known and influential interior designer in Indonesia whose works include commercial airports, hospitality and public projects.

Lea has designed over five International airports in Indonesia and MRT stations including the executive port merak - bakauheni. Her experiences in public space design with a unique focus on transportation design has led her to be selected as one of nine best designers in Indonesia, as reported in CASA Magazine 2017.

Lea is frequently invited to be a guest speaker at design conferences, seminars, academic and Government events. She graduated at Academy of Art University, San Francisco in 1985. Upon graduation Lea joined PT Tetra Hedra and in 1989 she established her company Elenbee Design.

Tyler Wisler is an international, influential and sought after designer. His spaces are fashionably aspirational with hints of the unexpected.

He currently stars as a judge and mentor on Asia’s biggest design competition show, Sony Channel Asia’s The Apartment where he is known for tough love and sound, practical advice.

His work has been seen in Architectural Digest, The New York Times, The Washington Post, Elle Décor and Better Homes and Gardens. Companies like Kohler, 3M, TIKI Brand, BRIZO, Cosentino, AGA/Marvel, Sherwin-Williams and Benjamin Moore have all collaborated for his edgy aesthetic and authentic narrative. 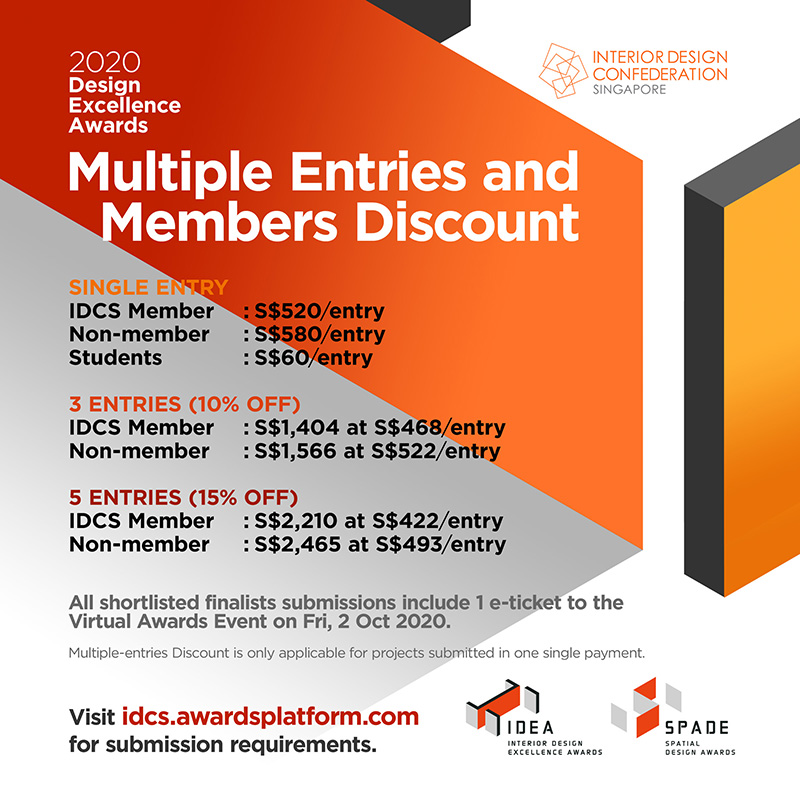 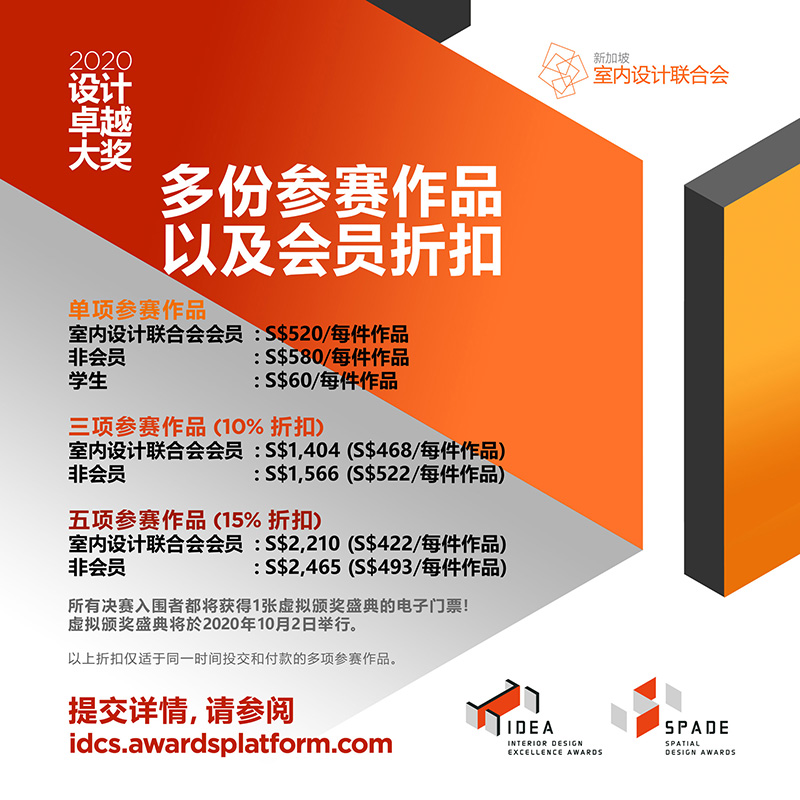